Marijuana – a word which can strike fear in the hearts of parents, fascination in the minds of teenagers, and love in the soul of the marijuana aficionado! 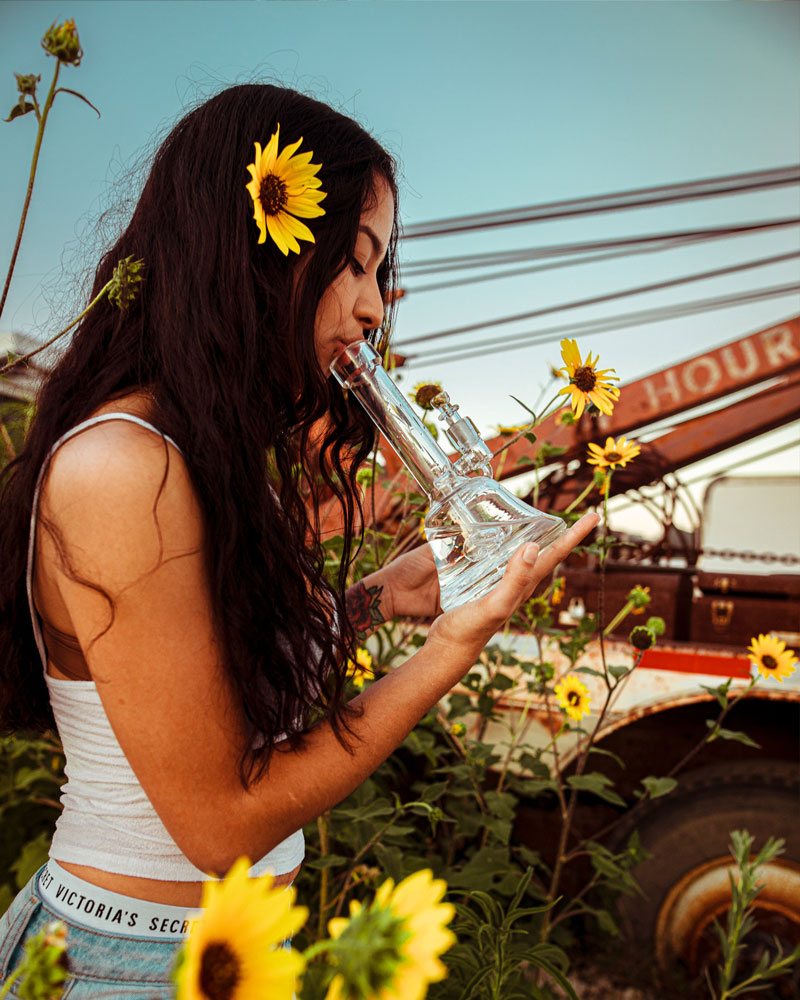 Marijuana (sometimes referred to as “marijuanas”, “marajuana”, “marjuana”, “marawana” or “marihuana”) refers to the psychoactive parts of the cannabis plant, meaning the stuff that gets you “high” – learn more about psychoactive cannabis here.

When people talk about the effects of weed (as marijuana is often called), they’re generally talking about “getting high”. Depending on how it is consumed and how much is consumed, there are important distinctions to be made in regard to the ways in which marijuana effects the brain and the body.

The Origins of Marijuana as a Term

Although marijuana is the most common term for what is more correctly referred to as cannabis, the word comes from Latin American Spanish and only became well-known in the English language as a derogatory term for the plant in the 1930s. Before 1910, the popular term in the United States was cannabis, and the substance and its extracts was used in many household medicines. Following the Mexican civil war, almost one million Mexicans entered the USA as refugees from 1910-1920. Before this, most Americans consumed cannabis in a variety of ways other than smoking, but after this Mexican wave of legal immigration, smoking became a much more popular way to use the drug.

Many Americans felt threatened by these new immigrants, who looked different, had different customs and spoke a different language – a common social trend which remains just as prevalent today. Border states in the USA were the first to pass legislation against cannabis, with California passing a bill against growing “loco weed” in 1913 and El Paso (Texas) being the first city to completely ban cannabis in 1914. Marijuana soon became associated with jazz music, prostitution and the black community in the Southern United States, with the media whipping up an anti-marijuana frenzy. When the Great Depression of 1929 hit, politicians were looking for scapegoats to blame. Predictably, they played the race card, and within a couple of years, marijuana was banned in 29 states.

This was the backdrop which allowed Harry Anslinger to gain power. Widely known as The Godfather of Marijuana Prohibition, he was in charge of the Federal Bureau of Narcotics for over 30 years, and his crusade against marijuana lasted for the entire period. A racist and a bigot, he was skilled in the art of propaganda, and regularly used inflammatory language to turn people against the marijuana plant. In one speech to congress, he went as far as to claim that “There are 100,000 total marijuana smokers in the U.S., and most are Negroes, Hispanics, Filipinos and entertainers. Their Satanic music, jazz and swing result from marijuana use. This marijuana causes white women to seek sexual relations with Negroes, entertainers and any others.” In another instance, he went so far as to claim that “Reefer makes darkies think they’re as good as white men.” You can learn more about this sordid individual here.

When campaigning against cannabis, Anslinger almost exclusively used the word “marijuana” in his many propaganda movies and speeches, as it made the plant seem more foreign and therefore threatening. Month by month, a plant which was previously used as a regular household medicine became seen as menacing and dangerous. The result was the Marihuana Tax Act of 1937, which banned the plant across the entire United States. Many scholars believe that the bill was passed in Congress due to the economic interests of industrialists such Andrew Mellon, the richest man in the United States and Secretary of the Treasury, who was heavily invested in nylon, a new synthetic fibre that was competing with hemp.

This was effectively the end of widespread cannabis use in the United States, which likewise destroyed the hemp industry. Anslinger’s propaganda campaigns had effectively equated the plant with the widely feared and misunderstood term “marijuana”. While the term is still widely used today, few can deny that a certain air of danger continues to surround the word.

So there you have it – Marijuana, the most ubiquitous term around for cannabis, is in fact the result of anti-cannabis bigotry. While many believe that it has by now transcended its racist origins, others still feel discomfort with the term. One thing we can agree on is that whatever you’re feeling, the plant itself is more widespread than ever – long may it continue.