Is Marijuana Legal in Australia?

Cannabis in Australia has a long and vibrant history. Indeed, some scholars believe that Britain first colonised Australia specifically to grow hemp, though it is unknown whether the plant may have previously been grown here, perhaps transported via the landmass now known as Indonesia long before the arrival of the British. Let’s take a close look at our favourite plant here in sunny old Australia. 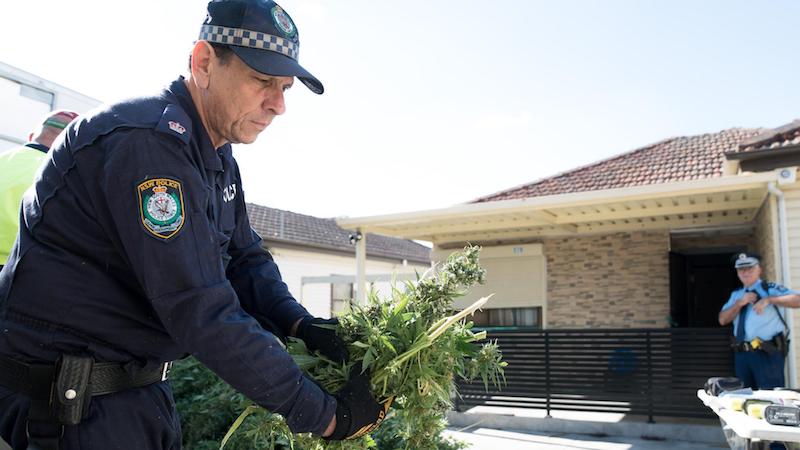 Back in the late 1700s, the first settlers in New South Wales planted cannabis sativa in order to grow hemp. The global trade situation was beginning to change at the same time, with the result that coal took the place of hemp as the most important highly traded resource. Nevertheless, the Australian government supported hemp farming for over 150 years, with various grants being made available. Cannabis consumption reportedly grew in relation to many uses during the 19th century.

in 1938 the tabloid newspaper Smith’s Weekly (widely read and loved by Australia’s ex-servicemen known as the diggers) first introduced the word “marijuana” into Australian, echoing the use of the word by the United States’ Federal Bureau of Narcotics. As detailed in Dr John Jiggens Marijuana Australiana: cannabis use, popular culture and the Americanisation of drugs policy in Australia, 1938-1988, Smith’s Weekly claimed that marijuana was an evil sex drug “that maddens victims” with the resulting public outcry resulting in the cannabis sativa plant being banned nationwide in Australia.

Is Marijuana Legal In Australia?

Here at Green Planet we get a surprising amount of queries from Americans and others who’re planning to visit our country: “is weed legal in Australia?”.

The answer is: it depends.

Medical cannabis was legalised at the federal level on 24 February 2016, while marijuana legalisation in Australia took a step forwards on 25 September 2019 when the ACT (Australia Capital Territory) passed a bill which will see cannabis legalisation for personal use as of 31 January 2020. Nevertheless, this new law in the ACT is in conflict with federal laws which still prohibit adult use of cannabis (e.g. recreational cannabis).

A number of political parties are pro-cannabis, with the Hemp Party (AKA the “Help End Marijuana Prohibition Party) continually agitating to legalise the plant.

For now, unless you have a prescription, marijuana remains illegal for the public. To find out about how to get medical cannabis, read this.

One side effect of prohibition is the increasing popularity of legal highs in Australia. When we say “legal highs” we’re not talking about going for a bracing walk or jumping out of an airplane – we mean the various substances sold as synthetic marijuana. Originally developed by pharmaceutical companies who sought to mimic the effects of cannabis, it didn’t work as intended. It found a home in “legal high” shops, and with legislation unable to keep up with new variant forms of synthetic cannabis, increasingly dangerous versions of it have been released to the public. Unlike cannabis, many of these substances don’t impact the body via the endocannabinoid system, but more commonly through the respiratory system. They are unnatural, frequently addictive and unsafe for consumption. We heavily recommend staying away from synthetic cannabis products.