If you’re a doctor, a patient, or just somebody curious about medical marijuana and medicinal cannabis, you’ve come to the right place. 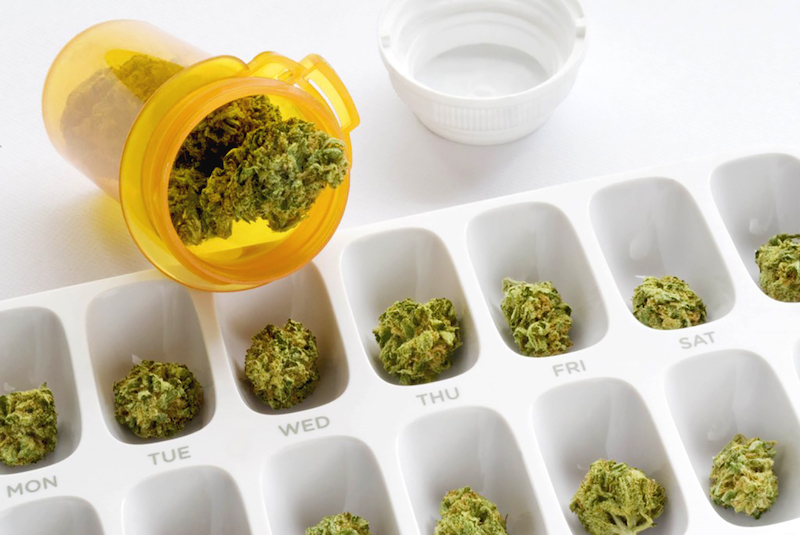 Medicinal cannabis in Australia (AKA medical marijuana) was legalised at the federal level on 24 February 2016 when the Narcotic Drugs Amendment Bill was voted through by the Australian Parliament. This followed a long battle from those who had been forced into breaking the law to help themselves and vulnerable members of their family – for more on the legal status of the cannabis plant, click here.

The discussion on medical marijuana in Australia (MMJ) began amongst certain sectors of government as far back as the early 1990s. However, what really changed things was the brave fight of a young cancer sufferer called Dan Haslam and his mother Lucy, a retired nurse married to a cop who was once head of the drugs squad in north-western NSW. Their struggle led to an increased media profile for medicinal marijuana in Australia, which led to Senator Richard Di Natale writing to the Herald Sun in support of cannabis policy reform and NSW Premier Mike Baird publicly coming out in support of legalisation when he found out the details of the case. This played a large role in the government’s landmark decision to amend the Narcotic Drugs Act of 1967, which came into practice on 1 November 2016.

We constantly receive emails from people requesting help on how to find “medicinal marihuana” in Australia (sometimes asking for “medical marijuanas”).

A more accurate description would be “medical marijuana in Australia”, though we prefer the term “medical cannabis” for reasons discussed in this article, so that’s how we’ll refer to it from here on.

Medical cannabis can be prescribed by any doctor in Australia under the Special Access Scheme, so the easiest way is to simply ask your doctor about it. If you’re worried about what your regular doctor will think, go and see a new one.

Provided they agree that cannabis is the right step to take, they will then apply on your behalf to the TGA in order to have them certify that it’s a condition which cannabis can help, and that the product which they’re recommending is the best option. This tends to require evidence of some variety – don’t freak out! This is easy to acquire; you can help the process right now by doing a Google search for “medicinal cannabis for <ailment>” and replacing the word <ailment> with your personal health challenge. This will enable you to find some evidence from medical literature (university journals and suchlike) to bring to your doctor and help provide clinical justification. The doctor then has everything they need to apply for medical cannabis on your behalf, which they can quickly and easily do online.

Back in 2017 when the new legislation came in, it used to take months to get a decision. Nowdays it’s typical to hear back from the TGA within a day, and every month an increasing number of patients are approved – check out the TGA’s website for an updated list of approvals and their indications (indications basically means “diseases or health problems”). Occasionally the TGA will reject a patient, but when this is the case your doctor will generally receive a Request for Further Information. It is very unusual for a genuine patient to be disapproved a second time, so don’t give up if you reach this hurdle! Just respond to the request with a second round of information.

As soon as your doctor receives approval, you can get your script filled by any of the companies on this list. Please comment below if any of them fail to get back to you, as we are working on a system of reviewing the quality of these suppliers.

Unfortunately, medical cannabis does not come under the Pharmaceutical Benefits Scheme. This means that you’ll have to pay for it yourself (unlike the majority of medicines in Australia) and it tends to cost between $200-$600 per month (though Victoria does have a compassionate access scheme around cannabis for children with severe epilepsy, while New South Wales makes some provision for cannabis in relation to terminal illness in adults).

Doctors can more easily prescribe medical cannabis when they become an authorised prescriber in Australia. One thing which people regularly ask us is where to find “cannabis doctors”, “marijuana doctors” or “CBD doctors”, but unfortunately it’s not that simple. The TGA has regulations against publicising information around doctors who are in favour of cannabis use. Hopefully one day soon such bans will be lifted (and we will no longer receive messages such as a recent heartbreaking email with the subject line “i am in great pain please help me”). In the meantime, if your doctor shows interest in becoming an Australian prescriber of cannabis, all the relevant information is here.

Route 3 – Grow Your Own Medical Marijuana

This is indeed the simplest and most natural way to access medical cannabis. While we would not advocate breaking the law, neither would we would advocate suffering and/or dying due to unjust laws. Cannabis seeds can be obtained in many ways here in Australia, but if you decide to take this approach, please tread carefully.

What have your experiences been while trying to access medical cannabis in Australia? We’d love to know – comment below, and if you need help, we’ll do everything we can to advise you.

PrevHow to Get A License to Grow Medical Cannabis in Australia
What Is Marijuana?Next
Subscribe
0 Comments
Inline Feedbacks
View all comments
wpDiscuz