Weed: one of the most commonly misunderstood drugs in the world. What does weed smell like? How many grams are in an ounce? Here's a simple beginners guide. 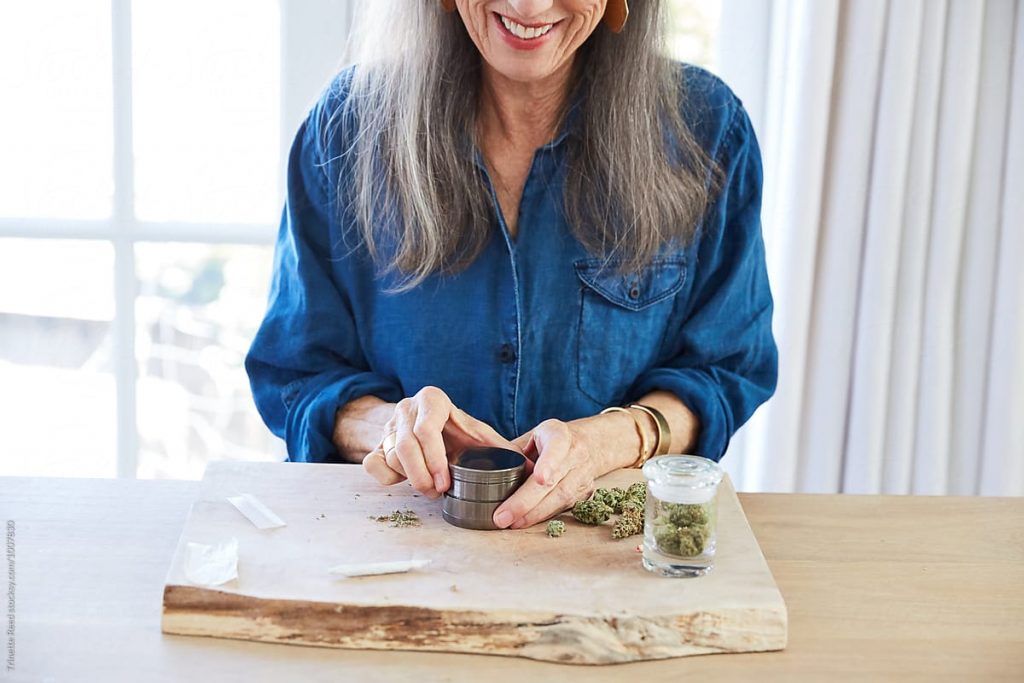 Weed! Love it or hate it, it’s here to stay. Whether you’re a concerned parent, suspicious teacher, first time user or simply a curious individual, let’s take a closer look at some of the most common questions around “the demon weed”.

Weed is one of the most common terms for the varieties of cannabis that make you feel “high” or “stoned”. Weed (AKA marijuana) is dried flowers from the cannabis plant. The flowers are where the majority of cannabinoids are produced, and cannabinoids are what gives weed the effects its users desire – specifically one cannabinoid called THC (Tetrahydrocannabinol). THC in weed is what makes people feel the euphoric relaxation known as being “high” or “stoned”.

While the distinctive jagged leaf of the cannabis plant is synonymous with stoner culture and one of the most easily recognisable elements of the plant, the leaves won’t actually get you high (unless they are the leaves immediately surrounding the flowers, for reasons which we’re about to discuss).

These are the sparkly bits you see on weed. To the naked eye they look like little crystals, and they’re where the cannabinoids, terpenes and flavonoids that give weed it’s effects come from, as well as producing the distinctive aroma. Under a microscope, they look like little glass mushrooms. Many plants produce trichomes, for a variety of functions – often environmental, such as protection from the elements (wind or cold) or to attract or repel insects.

Trichomes begin to appear on psychoactive strains of cannabis (e.g. the ones that get you high) when they transition from the vegetative growth stage into the blooming stage. The small leaves around the cannabis flowers (known as “sugar leaves”) often become coated in trichomes, meaning that these leaves become covered in THC and produce a high when consumed.

Reports have arisen of unscrupulous dealers spraying their cannabis flowers (aka weed buds) with chemicals such as silica (which are essentially microscopic glass particles). This is in order to increase the weight and make them look like they’re covered in trichomes. It’s one of the many downsides to cannabis being illegal; we desperately need a legal framework to ensure a safe supply of cannabis that doesn’t needlessly impact the health of those who consume it.

The smell of weed comes from the trichomes. They contain a blend of different molecules, and the molecules responsible for the smell are called terpenes. All plants contain terpenes, but cannabis is unique in how it creates something known as “the entourage effect”. The entourage effect is the outcome of how terpenes interact with cannabinoids to create a unique effect (medicinal, therapeutic or recreational) that’s greater than the sum of its parts. Terpenes are a major part of many essential oils produced by different plants and flowers, and they’re very important to the perfume industry and practice of aromatherapy.

This is highly subjective; aroma and smells are so deeply personal that they differ in how they’re perceived from one person to the next. Fresh cut grass may remind you of the start of summer and no school for months… or it may remind you of summer holidays spent cutting lawns!

Weed typically smells pungent and strong. Certain strains can be mild. Some smell sweet and citrus. Others smell sharp and muddy. When someone is smoking weed nearby, you’ll generally catch a strong piney smell, which is either alluring and attractive, or annoying and repulsive! But that’s very much dependent on personal preference. Many people experience a “skunky” smell from weed, which is due to it being particularly stinky – something which Americans in the United States associate with skunks (as in, the animal). In the United Kingdom, the word “skunk” is a way to refer to weed which is very high in THC.

In cannabis, the most common terpene is myrcene, which is also found in mangos, hops and lemon grass. It has quite a citrussy smell, which can be witnessed in weed strains which are high in myrcene. Pinene is another common terpene found in weed; it smells like a pine tree. To really get into the particulars and unique aromas found in weed, you’ll need to learn more about terpenes.

How Many Grams In An Ounce of Weed?

Let’s shine a light on the elephant in the room – most of you reading this are here because you either want to try weed out, or because you’re concerned that someone close to you is messing around with it. Either way, you want to ensure a safe experience.

A big part of this comes down to how, where and from whom you’ve bought your weed. There are a lot of dodgy characters out there, and cannabis prohibition means that people are often needlessly forced to deal with sketchy criminals. One of the first things a sketchbag dealer will do is rip you off, and often by overcharging. A good way to figure out whether you’re dealing with an honest individual or whether your dealer is a baddie is simply to weigh your purchase.

People often buy in quantities of less than an ounce, so here’s a quick rundown of what you should be getting for your dollar.

So there you have it – now you know what it looks like, smells like and how much it weighs. Always try to source your weed from a reputable source, and if they start to act in a way that makes you uncomfortable, find someone else – it’s not worth the hassle. Let us know if you have any questions, and we’ll do our best to answer them for you.