Advancements in science since the 1990s have demonstrated what anecdotal evidence had been telling us for millennia – cannabis is good for you. Now we know why. 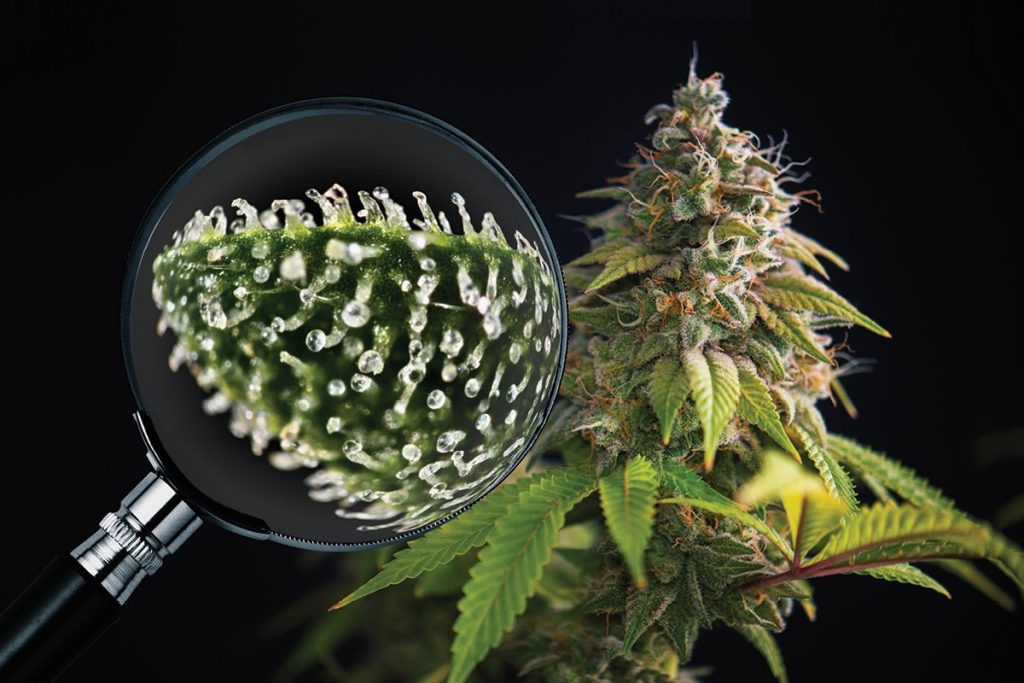 Simply put, cannabinoids are the natural chemicals contained in the cannabis plant which are responsible for the plant’s effects. Cannabinoids are the reason why cannabis is becoming so important to medicine. Over 500 distinct compounds have been found within cannabis plants, not just cannabinoids but also EFAs (essential fatty acids, aka omega oils), terpenes and flavonoids. It is the combination of these which “make cannabis work”. However, while these other elements can be found in other plant sources, cannabinoids can only be found in cannabis.

Regardless of whether or not you use cannabis, the endocannabinoid system still exists in everyone’s body. It is present in your central nervous system and brain, and the way it works can be thought of like this – your body is full of cannabinoid receptors. These are like “catchers” in cricket or baseball. Cannabis is the “pitcher” and the cannabinoids are the ball. Every time you consume cannabis, your cannabinoid receptors “catch” the cannabinoids it contains. They effect your body directly, in various ways, and the most relevant ones are via the CB1 and CB2 receptors, which are mainly focused on the brain (CB1) and immune system (CB2).

These are so important to your body that it actually produces its own chemicals (known as “endogenous cannabinoids”) which are similar to the cannabinoids found in cannabis, such as anandamide (also found in chocolate and known as “the bliss chemical”, its name is taken from “Ananda”, Sanskrit for “bliss, delight, joy”). Many scientists believe that a whole host of common ailments may be related to peoples’ bodies inability to produce their own cannabinoids, which is why cannabis helps them so much.

Let’s take a closer look at some of the most common cannabinoids and what effects they have:

CBGA is known as “The Grandfather Cannabinoid” as it is the precursor to some of the most important other cannabinoids. It’s a bit like a little tadpole that can turn into a bunch of different frogs – namely THCa (tetrahydrocannabinolic acid), CBDa (cannabidiolic acid) and CBCa (cannabichromenic acid). Not a lot of research has been done on the medical benefits of CBGa, as the focus tends to be on its role in the production of other cannabinoids. Nonetheless, studies have shown that it may have a positive impact on cardiovascular disease, diabetes, colon cancer, inflammatory bowel disease (IBD) and metabolic disorders.

THC is the most well-known of all cannabinoids, as it is what most recreational drug users look for in the plant. It can bind to both the CB1 and CB2 receptors and is responsible for some of the most desirable effects of cannabis (relaxation, pain relief and mood elevation) in addition to some of its most infamous outcomes (“the munchies”) and certain negative side effects (paranoia). In fact, it’s so important that we wrote a full blog on it here. It is derived from THCa, which begins life as CBGa (detailed above).

CBD is probably the second most prevalent of all cannabinoids, having come to prominence in recent years due to its incredible potential in the management of serious ailments from epilepsy to Parkinson’s. It’s derived from CBDa (which itself comes from CBGa, discussed above). It also appears to counterbalance the potentially negative effects of THC such as anxiety and paranoia, which is why it’s important to ensure that if you suffer from such side effects that you choose a strain which is high in CBD. Research demonstrates that it doesn’t bind to the CB1 and CB2 receptors in the same way that THC does, and it may even interact with a third as-yet-undiscovered endocannabinoid receptor. This is another major topic which requires its own article to really do it justice, which you can find here.

CBC doesn’t produce any high. This is because it doesn’t bind very well with CB1 receptors in the brain. Instead, it interacts with other receptors in the body related to pain. It has been linked to benefits around acne, brain cells, cancer, depression, inflammation and pain. CBC is derived from CBCa, which comes from “the grandfather cannabinoid”, CBGa.

CBG doesn’t occur in large quantities of cannabis plants, so it’s considered a minor cannabinoid. Researchers are currently finding ways to product and extract it in significant quantities by breeding and combining the right strains before extracting CBG at the optimal point in the flowering cycle, since it has some extremely relevant potential medical uses. Endocannabinoid receptors are present around the eyes and CBG may be an important avenue for treating glaucoma. It has also demonstrated efficiency in reducing inflammation related to IBD (inflammatory bowel disease), slowing the growth of cancer cells and as a neuro-protectant around Huntington’s Disease. Other studies have shown promise in appetite stimulation, combating bladder disfunction and as an effective antibacterial in relation to certain strains of staphylococcus aureus (aka “staph infection”). CBG comes from CBGa (“the grandfather of all cannabinoids”).

CBL is quite a mysterious cannabinoid, and difficult to procure from the plant in significant quantities. Early studies demonstrate potential as an anti-inflammatory and it also seems to have an anti-tumour effect, though CBL still requires extensive research to unlock its secrets and benefits.

With a very similar molecular structure to THC, CBN has a mild psychoactive effect (e.g. it makes people feel “high”). It is closely related to THC in that it is produced when the cannabinoid THC breaks down, and interacts mainly with the CB2 receptor (brain functions). It appears to have potential benefits in relation to issues around sleep and anxiety, while also helping with appetite, blood pressure, bone health, convulsions, inflammation, pain and skin conditions. When combined with THC, research demonstrates sedative effects.

While a whole host of other cannabinoids have been identified, research has not yet been delivered at a satisfactory level to truly reveal their effects on the endocannabinoid system and the human body. These include cannabivarin (CBV), cannabinodiol (CBND), cannabielsion (CBE), cannabitriol (CBT). It can be challenging for scientists to isolate the effects of the less common cannabinoids, as something known as “The Entourage Effect” has regularly been observed whereby cannabinoids interact with each other in a way that has a stronger effect when they’re consumed together. Indeed, some cannabinoids may have no effect when consumed alone, without an entourage of other cannabinoids. This is partially why so many cannabis advocates are in favour of whole plant extracts when discussing medical cannabis.

Please be conscious that this is just a simple overview of cannabinoids and the endocannabinoid system; it is a vast and complex subject. If you have questions, please comment below!

PrevTHC – Drug or Medicine?
How Long Does Weed Stay in Your System?Next
Subscribe
0 Comments
Inline Feedbacks
View all comments
wpDiscuz