Hemp is cannabis without the fun stuff. Okay, that’s a bit of a silly comment, but if the difference between hemp, cannabis and marijuana confuses you… read on. 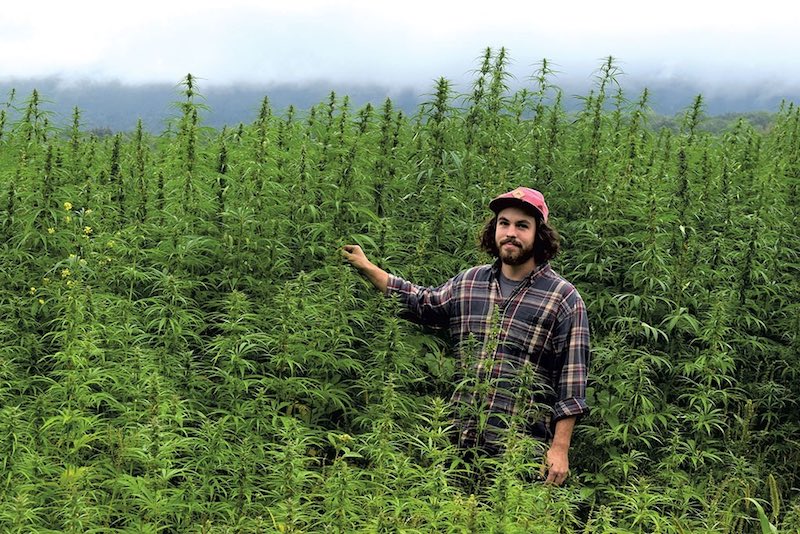 Hemp, for most people, means “cannabis minus THC”, since THC is what makes people giggle and get the munchies due to its various psychoactive properties and cannabinoids. When people talk about hemp (sometimes called industrial hemp) they mean “all the useful parts of the cannabis plant that won’t make your head feel funny”.

People have grown hemp for use as a fibre for millennia – in fact, it was one of the first ever plants cultivated for such purposes. It is low in THC and won’t get you high.

History of The Plant

Called má (麻) or dàmá (大麻) in Chinese, it was already known as a food source in Asia when it was first spun into fibre over 10,000 years ago for use in rope, clothing and textiles. From there it spread across the world through trade, and although it was grown in Britain as early as the sixteenth century, it wasn’t until the colonial era that it was commercially produced in significant quantities. Economies built around the Navy used it for rope and oakum (a key material in the building of ships due to its use to plug and seal gaps), which was an incredibly important industry given that the world’s key method of transport was by sea.

Cultivation and use of hemp was as common as wheat is today until the twentieth century, when it began to be associated with its naughty brother, the psychoactive form of cannabis: THC. Various social and economic factors conspired to create prejudice against the plant, with the result that it was misconstrued as a dangerous “drug”, regardless of its value as a highly sustainable, fast growing and profitable crop. The plant was banned and went into a decline which it is only beginning to recover from.

Nowadays hemp has a massive variety of commercial uses including:

Hemp has been grown in Australia since the First Fleet, and some scholars even believe that Australia was colonised with the express purpose of becoming a massive cannabis plantation to support the British Empire’s quest for domination. Cultivation was banned in 1937 under a law that meant any type of cannabis could no longer be sold as food. That foolish decision was reversed in April 2017, and on 12 November 2017 it once again became legal to sell hemp products for human consumption.

Hemp is defined as having a presence of less than 0.35% THC in Tasmania, Victoria and Western Australia, while in New South Wales, Queensland and South Australia the threshold is 1%. This is not enough to have any psychoactive effect (e.g. – get you “high”).

People had nevertheless already been selling it as “animal feed” after Tasmania became the first state to recognise its potential in the early 1990s, encouraging farmers to begin growing. This early mover status is reflected today in the superb quality of Tassie hemp. Victoria hopped onboard in 1998, with Queensland joining the party in 2002. Western Australia in 2004, New South Wales in 2008, South Australia in 2017 and the last two currently getting their ducks in a row.

How To Grow Hemp In Australia

Every state in Australia now issues licences to grow low THC hemp for industrial use. The cost varies from state-to-state, but tends to be much more affordable than the process associated with obtaining the licences required to grow medical cannabis. The application fee in Western Australia currently sits at $328, in Victoria at $444, while in New South Wales it costs $572.

By contrast, you’ll be paying $5,000+ just to begin your medical cannabis application journey, with tens (or even hundreds) of thousands of dollars more once you get into the nitty gritty.

To grow industrial hemp, you’ll also have to undergo a rigorous screening process around your criminal record, the proposed usage for the crop and security arrangements on your farm (enterprising young criminals regularly mistake the innocent leaves for their naughtier cannabis cousin). Here’s where you can apply to grow hemp for each Australian state:

The Australian Hemp industry is set to go global, which is why we at Green Planet are so keen to get all of our fellow Aussies in at the ground floor instead of leaving it wide open for foreign investors to plunder our natural wealth. As globalisation intensifies, Australia will become Asia’s breadbasket – especially in relation to premium quality goods, and no more so than the food and cosmetic industries which hemp is a perfect ingredient in. There’s no time like the present – form your business plan and start producing.

Awesome post! Truly loved it. I too belive that hemp is a great resource for the future. Most importantly, hemp produces more material than trees, therefore the deforestation can be reduced greatly. I hope every country should learn to utilize hemp in the future.