Are you one of those people who had a negative early experience with cannabis which clouded your view of it thereafter? Or perhaps you found that sometimes it was enjoyable but at other times, not so much? You, my friend, may well have come under the influence of consuming the wrong strain... 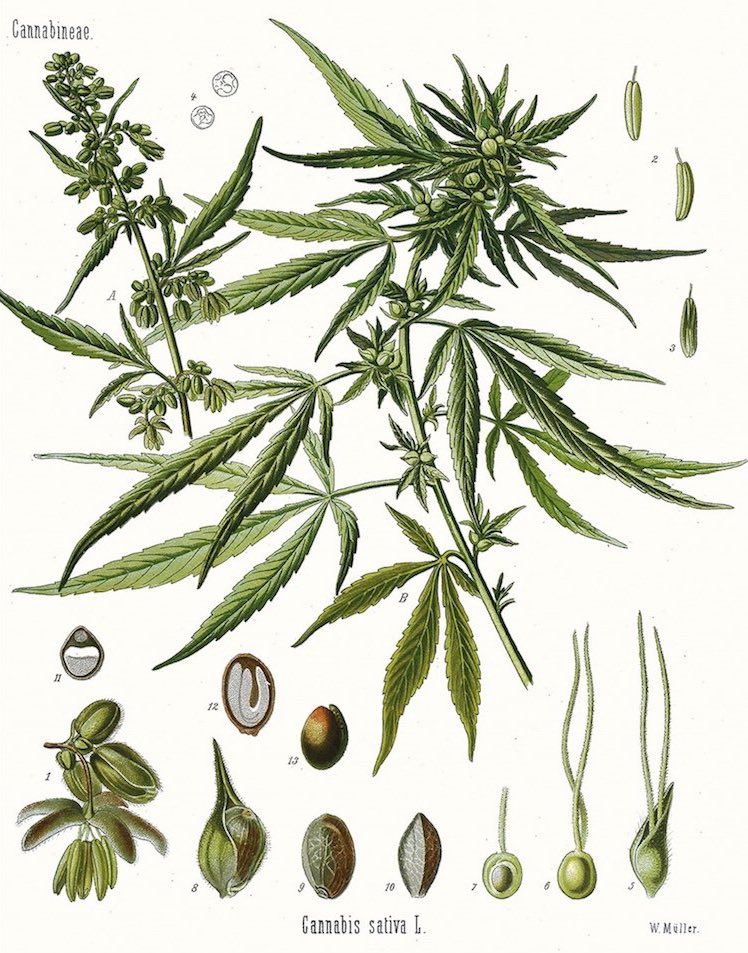 Cannabis indica and Cannabis sativa are the two most common weed strains there are in the Cannabaceae family. When we talk about “strains”, we’re talking about the different varieties or types of weed.

The effects are based on a number of things – cannabinoids and terpenes, mainly. These are natural chemicals produced by the cannabis plant. Indica strains tends to have a higher concentration of the cannabinoid THC while Sativa strains are generally higher in CBD. Aside from pure Indica and pure Sativa strains, there are also Hybrid strains which represent plants which have been selectively bred from a variety of seeds. In practice, this is really simple, and no different to how animals breed – for example, a male Sativa plant impregnates a female Indica plant and the seeds produced from that plant have characteristics of both.

Weed strains get really complex when you delve into the biology and physiognomy, but like any deep form of appreciation (whether of music, art, food, booze or other common cultural institution), being a cannabis connoisseur is its own reward, and the more you learn, the more you know what you like and don’t like.

It’s useful to take a little step back at this stage, as cannabis is a vast and complex subject, and we don’t want to get you lost.

Cannabis sativa is essentially the name for “just the cannabis plant” itself, whether that be hemp (doesn’t get you high) or marijuana (does get you high). This is because when Swedish botanist, zoologist and physician Carl Linnaeus first identified and classified the plant way back in 1753, no differentiation was made between the different varieties – it was simply “cultivated”, which is what Sativa means in Latin: Cannabis sativa, cultivated cannabis. This was all well and good until 1785, when young whippersnapper naturalist Jean-Baptiste Lamarck came along and stirred the pot – he was French, you see. He had collected different cannabis plant specimens in India (Indica in Latin), and the physical differences in them were so pronounced that he felt a separate classification was necessary. So then:

Cannabis sativa grows tall, has narrow leaves, and takes longer to flower – better for warm climates with a long summer.

Now that you’re starting to get a handle on the differences between Sativa (tall plant, narrow leaves, gets you high and energetic) and Indica (short plant, broad leaves, makes you stoned and relaxed), let’s confuse things by throwing the third and final species into the mix: ruderalis!

Just when things were ready to settle down, long after those who had named sativa and indica had departed to the great smoke out in the sky, a Russian botanist named Dmitri Yanishevski came along and threw his hat in the ring. Noting that a feral variety of cannabis growing wild in Russia, Central Europe and Eastern Europe, Yanishevski drew attention to the differences in the size of the plant, the shape of the leaves and how the seeds looked. The chemical makeup is different too – Cannabis ruderalis is low in THC and higher in CBD, tending to have more of a “head” high.

Interestingly, Cannabis ruderalis differs from other cannabis strains in one important way.

With indica and sativa strains, the plant reaches maturity and begins flowering based on the light cycle of the seasons – when grown outdoors, this is why it’s important to plant in springtime when it gets warm enough for the seedlings to survive. When grown indoors, this is why its crucial to get the “lights on / lights off” balance correct. The flowers of the plant appear when the light cycle shortens, and these contain the cannabinoids and terpenes, so you want the plants to grow big from lots of light before they start flowering. With ruderalis, on the other hand, the plants begin to flower based on time alone – how long they’ve been growing, rather than light cycles. This is why many cannabis breeders value ruderalis highly, as by crossbreeding it with indica or sativa, they can create “autoflowering” varieties which will typically flower in about 10 weeks, meaning that multiple harvests are possible in one outdoor grow season.

We should note that debate still rages on about whether there are indeed three species of Cannabis, or whether they’re all the one.

Where does Hemp fit in?

Non-psychoactive hemp strains which are produced for fibre, food or other non-recreational purposes can be derived from either Cannabis sativa or Cannabis indica. Sativa is generally favoured as the fibre quality of indica is not so good. It is also generally accepted that hemp contains less than 0.3% THC by dry weight, which is not enough to have any effect on your brain or body, though this can differ from country to country, depending on their laws.

This isn’t about removing the other elements through chemical or laboratory means, but about the oldest science known to humankind – selective breeding. Over millennia, growers of the hemp plant have crossed one variety of it with another to achieve the results they desired – seedlings of one variety may have been observed to grow into noticeably larger plants, while another was seen to produce stronger fibres. Cross the two and you get a bigger plant with stronger fibres. Over time, this resulted in varieties of cannabis with lower quantities of cannabinoids and higher quantities of plant material suitable for agricultural or industrial uses.

Do you have further questions? Just ask!